Powder post beetles are voracious eaters of wood, and can do extensive damage over time. The larvae feeds on wood and can reduce it to a mass of fine powder. Usually we find this in very old homes, in the beams that have been dried out for many many years. But surprisingly in the past three years; we have done inspections in newly constructed homes, and found them in the hardwood floors and also in wall studs and stair cases. In every case all of the wood had to be removed as it is not easy to treat fully. 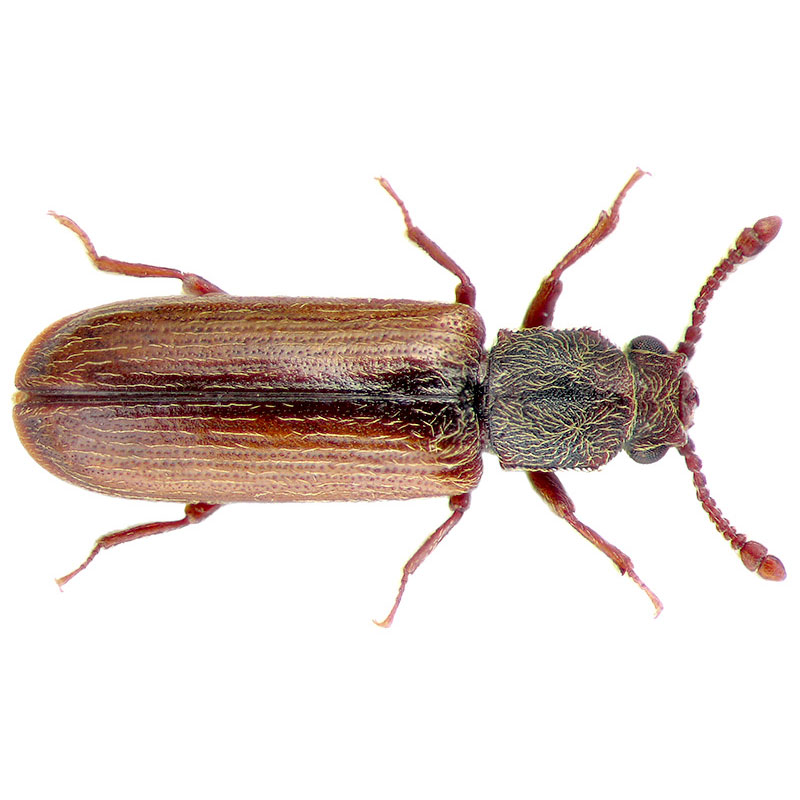 The problem is that you don’t even know you have them until the adults emerge, ( please see the photo I took ) and you see the holes.   Powder post beetles spend months and even years inside wood developing and feeding. In the right conditions the females can lay eggs and re- infest inside the wood, continuing the cycle for many generations. In one newly constructed home in Mississauga the builder was forced to not only tear up all hard wood floors and stair case but also remove drywall and take out some wall studs. I spent hours going through the home with a building inspector, and the conclusion was that the beetles were brought in  via the hardwood which came from the far east. An inspection of their facility turned up infested wood as well.. 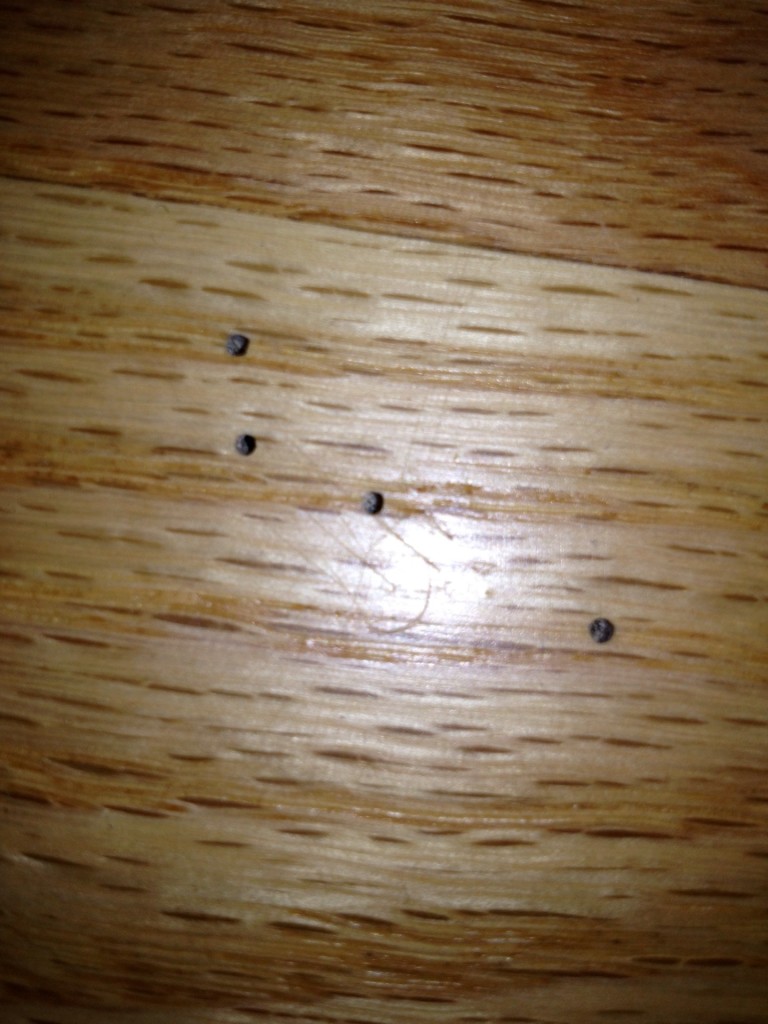 A few months ago we found the same thing in at least three  homes in Oakville and Waterdown; which had new hardwood floors installed.  In each case all hardwood had to be fully removed. Apparently in North America when they heat treat the wood prior to finishing the product, it is done at a temperature that’s hot enough and long enough to kill all stages of insect life. What we discovered, was that other factories overseas don’t have the same standards in place. Each of these cases were paid for by either the builder, contractor or insurance.  I guess it pays to have someone reputable doing your construction, as some of these jobs cost over $25,000 to remedy. Old saying: buyer beware..