Number One Reason for Bedbug Explosion

I may be aging myself; but I have been in the pest control business for over 30 years and can still remember the problem we had dealing with bed bugs in the late 1970’s. However; back then, all pest control operators had a secret weapons. They were insecticides from the family of chemicals called Chlorinated Hydrocarbons. They had interesting names such as DDT, Lindane and Chlordane. They smelled awful but did they work. They worked so well in fact, that bedbugs became almost a non issue and were mostly forgotten.

Something else that we forgot were the Chlorinated insecticides, as they were deemed too dangerous because they took an extremely long time to break down, and had very serious side effects on humans and animals. They were replaced with safer insecticides from the family known as Organo Phosphates.

We used products such as Diazanon  Chlopyrofos, and others which also worked incredibly well and they did not pose the same health risks as DDT as they broke down more quickly.  If used properly by licensed technicians they were very effective and safe to the customers we treated.
However; 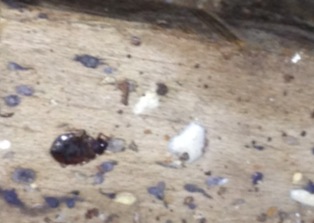 with governments jumping on the the green bandwagon, in their infinite wisdom, they decided to discontinue the registration of these pesticides  for use in Ontario.  They were replaced with a different class of insecticides that are either a pyrethrum base or a synthetic version called a pyrethroid. They come in liquid or powder form. Used properly they can be very effective but they have one major caveat…..there is virtually no residual effect like their predecessors.

Hence bedbugs can hide in cracks in the wall and other tight spaces until the residual effect of the insecticide has passed. This is the reason our technicians at Action Pest Control are doing two to three service treatments to eliminate and to guarantee our work. Ten years ago we rarely needed a second.  Boy how times have changed…..