Cockroaches no longer rising to the bait

In the war against pests, the lowly cockroach is a fearsome adversary. It can go weeks without water, survive decapitation for a time and drive humans buggy.

Now, researchers have discovered how some roaches have eluded humans’ once-in-fallible traps: they have evolved so that glucose-sweetened bait tastes bitter! 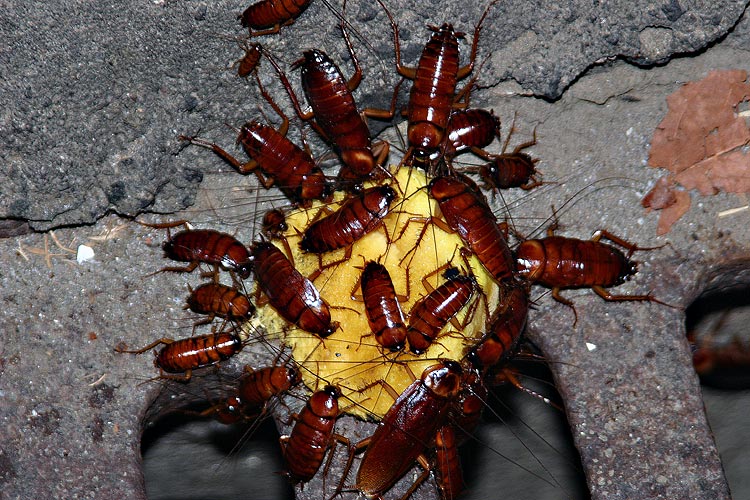 The discovery, published in Friday’s edition of the journal Science, solves a 20-year mystery even as it shed light on the cockroach’s powerful ability to adapt.

Cockroaches are an inevitable companion to human civilization. They infest dark corners of homes, feed on all types of food – to mention hair, glue, and soap – and skitter away quickly when spotted.

The baited trap solved this dilemma in the mid-1980s. Placed under sinks and in cupboards, the traps lured hungry cockroaches with sugary temptations and then poisoned them quickly with insecticide.

But by 1993, exterminators started noticing the traps had lost their power. Somehow, cockroaches were thriving in baited homes.

Julie Silverman, an entomologist, was working for The Clorox Company, which owned a bait-making business. He began taking the traps apart, testing the ingredients on the German cockroach. He determined that since the pesticides still killed the roaches, the problem must lie with the glucose.

Normal cockroaches will gladly dig into a batch of sweet, sticky jelly, while glucose-averse roaches will jump back, as if repulsed.

Sure enough, the glucose-haters cropped up in seven of the populations studied, said Coby Schal, senior author of the Science study.

The insects’ taste system is much more decentralized than that of humans, Schal said. They have taste buds on several facial appendages, and even on their feet.

The researchers had the cockroaches taste a variety of sweet and bitter compounds, including fructose and caffeine. Then they watched the electrical signals the neurons sent to the brain. Signals for “sweet” had a very different shape than those for “bitter”.

Next, they fed the cockroaches a glucose-laced solution and watched the electrical signals. For normal cockroaches, glucose triggered a “sweet” signal. But in the glucose-averse cockroaches, the solution triggered both “sweet” and “bitter” signals.

Mystery solved: the warning was coming straight from the tips of their taste buds.