A lot of attention has being given to bedbugs in the past few years.  With good reason; as they have been adversely effecting most people they come in contact with.  They are great travellers, and this is a problem faced on almost every continent.  They are not just found in apartments and houses anymore either; we now find them on buses, planes, in movie theatres, doctors offices, hospitals and restaurants.  With the restriction of 2 different insecticides; eliminating bedbugs is getting increasingly difficult.  The newer generations of synthetic pyrethroids; while being effective, do not have a long residual effect, and bedbugs have been known to hide out until the effect of the pesticide has dissipated.  But with proper preparation and treatment, being done more than one time, they can be completely eradicated.  That said however, the onus is always on the homeowner to completely follow preparation and follow up instructions. 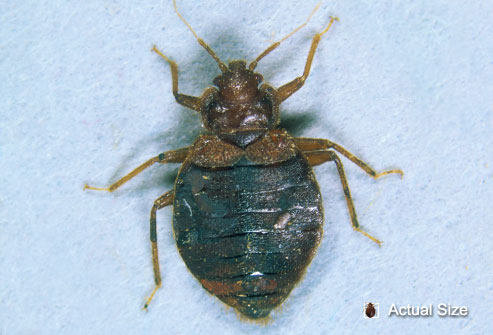 In my 30 years of experience in pest control; I have never really encountered much problem with private homeowners paying for their own service; as the procedure can still cost over $1000.   in some cases.  I wish the same could be said for rental units.  While most tenants generally co-operate and fully prepare for us; there are still a few who outright refuse.  There are various reasons why; due to psychological issues mostly, but some use it as a ruse not to pay rent to the landlord.  In any case; if they don’t allow us to treat the problem, they pose a problem to every other tenant in the building.  We had a case last year where a tenant had a very bad infestation and never reported it.  I would estimate by the time we found out about it the unit  had the bedbugs in the thousands.  The problem spread from his unit throughout the hallways, garbage room, laundry room and at to least 26 other apartments.  And how many places outside his home do you suppose he brought them to within that time?  He attended social service appointments, took buses, attended doctor’s offices, and had at least one hospital stay.  The bugs were travelling on his clothes and in bags.  While this case is not the norm; it none the less gives you an idea of what can happen and how each one of us can be affected if we somehow crossed paths with this person. 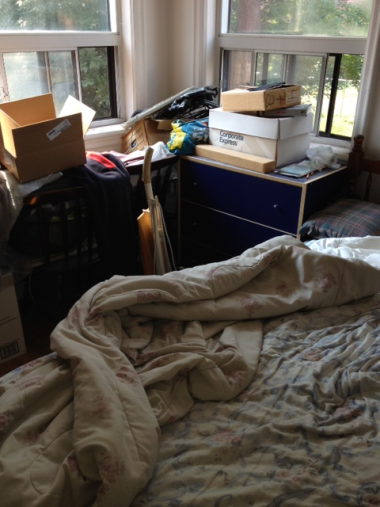 no Prep done for bedbug treatment

It is also rare that a landlord doesn’t comply fully to eliminate any bedbug problems in their buildings.  The main hurdle we face is non compliance from a minority of individual tenants.  There have been a few cities in the US where the bedbug problem is getting out of hand; and they are trying to make it an offence for someone who has bedbugs and  does no fully co-operate with pest control companies to fully eliminate them.  Chicago is passing one such bill right now, and they are labelling bedbugs a public nuisance.  The fine for non compliance will start at $1000, and can be higher.  Do I think we need something similar here?  Absolutely.  Hamilton is a hot bed for bedbugs, (no pun intended), and the short term prognosis does not look particularly bright.  We have a large contingent of social housing because cost of living is lower here than say; Toronto,  and unfortunately they have been facing big bedbug problems there too.  There are alot of new immigrants who come here, and English is not their first language. They don’t always let the landlords know they have a problem.  City housing though is not taking it lightly, and are doing a terrific job trying to stay on top of it.  But from what I see; they still have alot of non compliant tenants, and that makes their job much more difficult.

The two biggest factors I can see to get on top of this problem are: bringing back one or two registered insecticides that are labelled and used exclusively for bedbugs by licensed professionals, and having a zero tolerance policy for  non compliance if you have bedbugs.  Start there; and I am sure the tide will turn, and you will finally see us getting a handle on this problem.  We need to get politicians on board however for the process to start.

Call Jim Miner at Action Pest Control to get your building’s bedbug problem under control, at 905-318-1242